The Alumni Spotlight gives us the opportunity to catch up with and hear from different alum about where they are now and how Tamarack Camps shaped them. Read below about how Joel Colman has spent time at Tamarack for the past five decades, while his mom attended back in the 1940s! 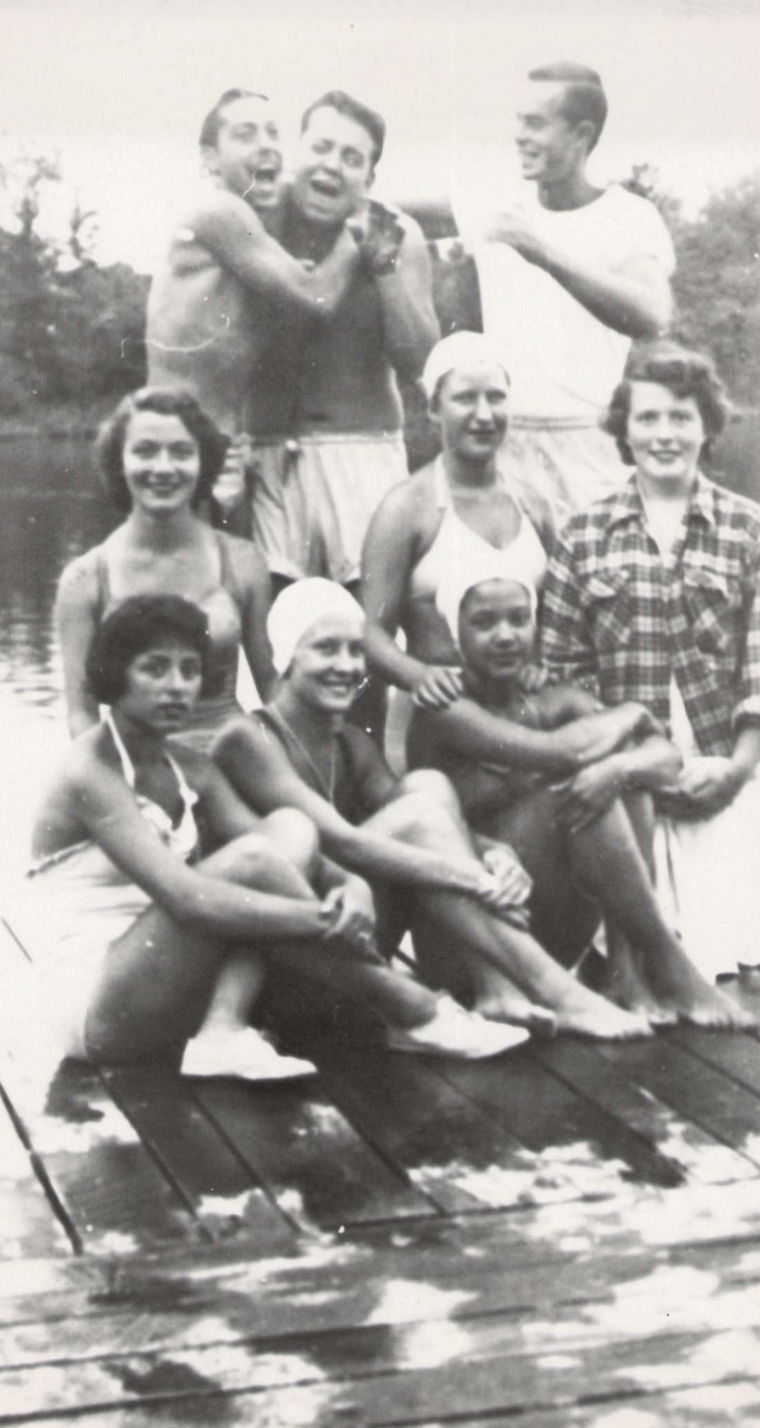 Joel’s mom, Joanne Elkin is in the plaid shirt in the above photo from the late 1940s when she was a counselor!

When did you attend Tamarack Camps? What villages or programs were you part of? I worked at camp starting in 1975. I was a drama/audio visual specialist (we used portable record players) and based in a tent in Fishman (which was co-ed that summer!). I also was a counselor in DeRoy and Specialty and was the performing arts supervisor too. For many summers I did amateur radio speciality programs. I also worked several summers at Silverman village. All told I worked at camp in the 1970’s, 80’s, 90’s, for a week in 2009 and a week in 2019. I covered five decades at camp. 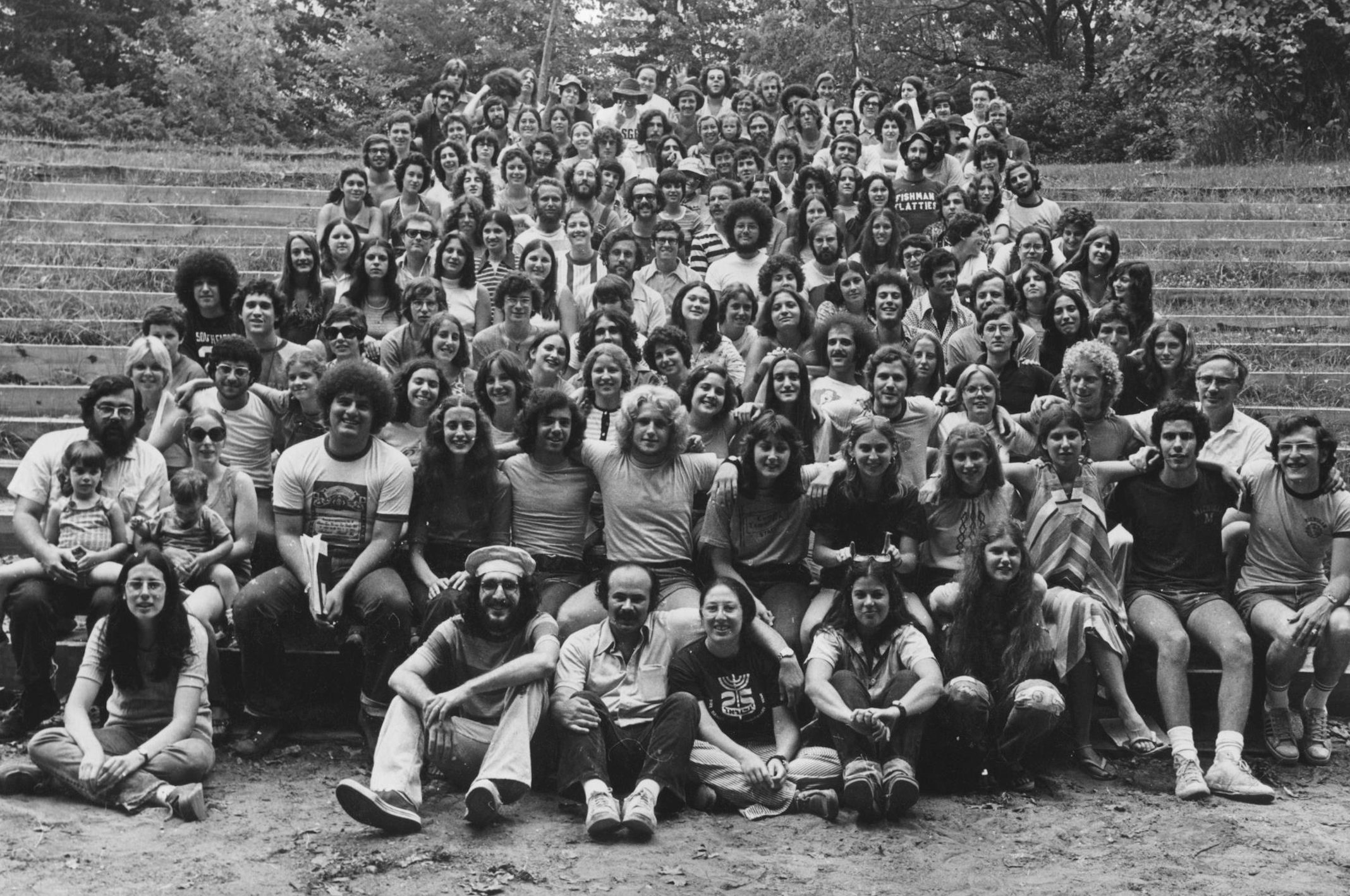 You can’t miss Joel in this picture from 1975 during his first summer as a staff member! Look for the guy with the afro holding the clipboard.

What lessons did you learn from camp? That every campers and staff takes great ownership of their experience at Tamarack. Those summers seemed to have a significant impact on those who worked at camp or attended as campers.

What are you up to now personally and/or professionally? I am the cantor at Temple Sinai in New Orleans, Louisiana where I have been for 21 years. 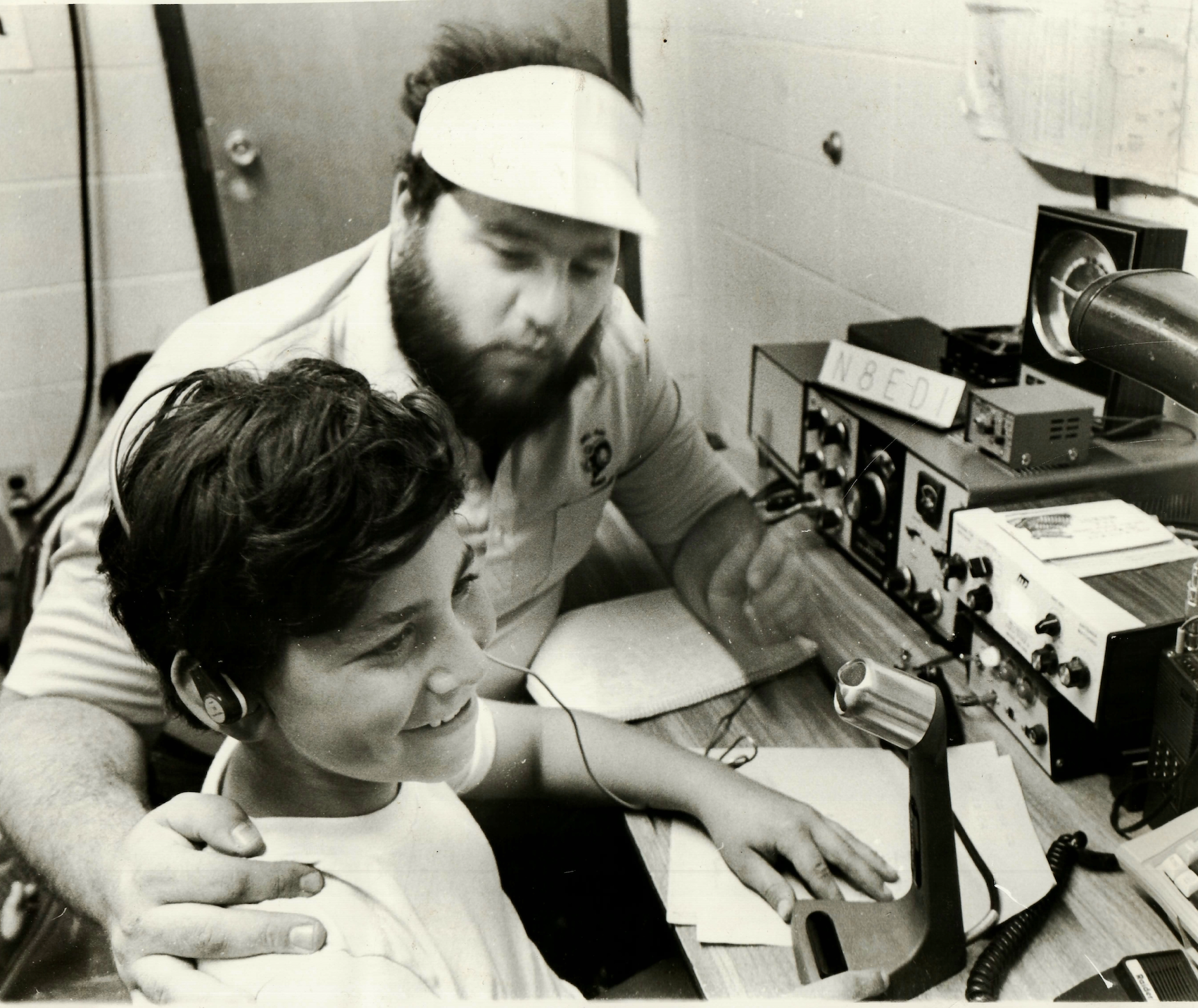 This photo from 1983 is Joe teaching radio to a camper in the back of the auditorium.

How did camp impact how you live your life today? I still continue to work at summer camps for about two weeks every summer. I usually go the Reform movement camps, Henry S. Jacobs Camp in Utica, Mississippi, and Sci-Tech Academy camp near Boston, MA.

Why is Tamarack Camps “The Greatest Place on Earth?” For campers and staff to develop all sorts of different skills that would not have been possible without a Tamarack experience. 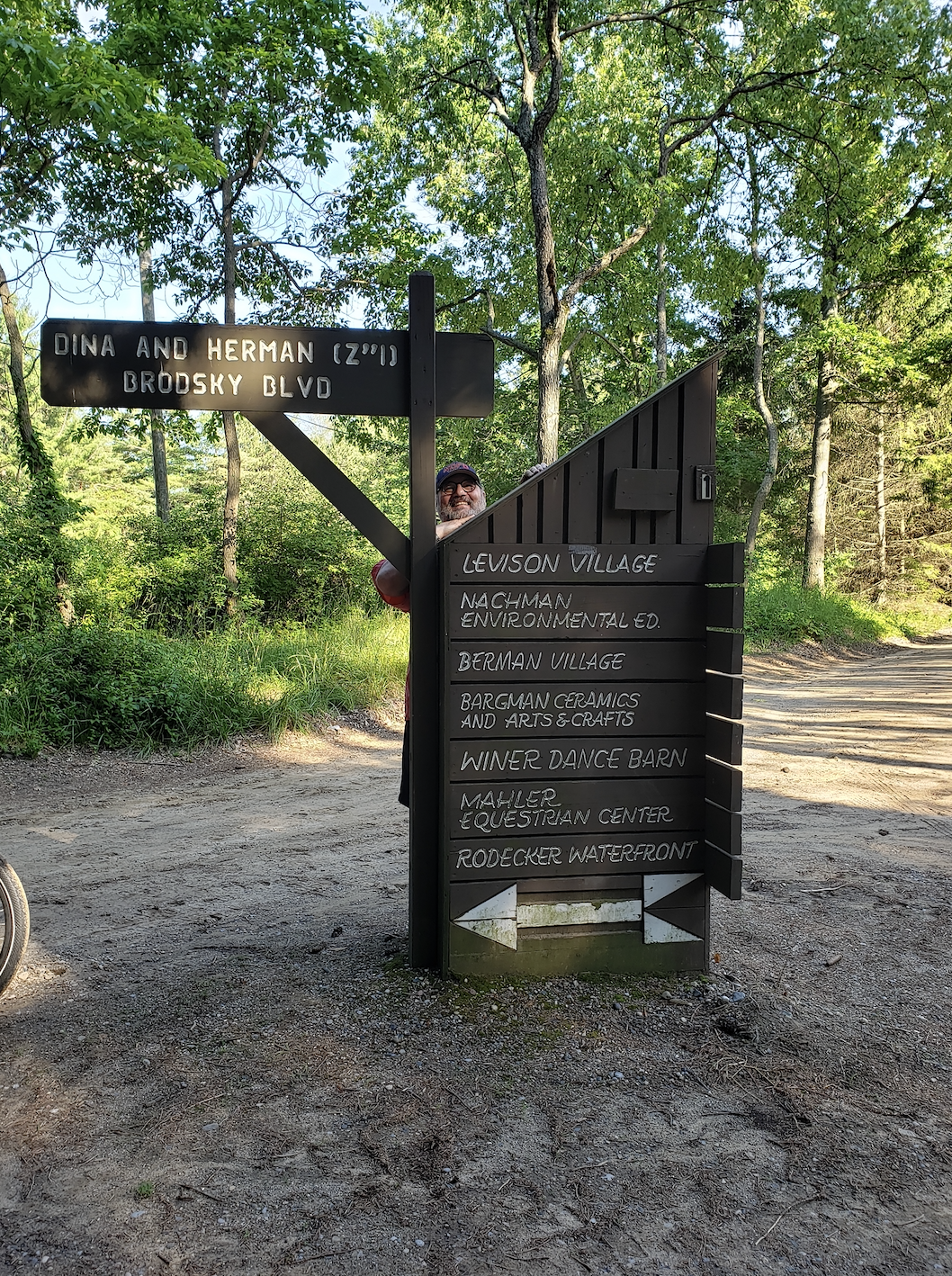 Joel returning to camp in 2019 to teach current campers how to use radio equipment.

Was there a staff member that made a lasting impact on you and why? I believe her name was Barbra Feldman, who was a counselor in Fishman in 1975. She taught me many skills how to be a counselor.

Favorite camp memory: Being able to sing Ritzy, Ritzy, Judy Garland to campers over many years. If you don’t know what I am talking about, ask someone who knows and they will tell you.

Interested in being featured in an upcoming alumni spotlight? Fill out this form and stay tuned for the next spotlight!