There are tens of thousands of Tamarack Camps alumni all over the world. The Alumni Spotlight gives us the opportunity to catch up with one alumni, hear what they are doing now, and find out the ways Tamarack Camps has shaped them. Read below about how Steven Benson took his love for camp and his nostalgia for camp Euchre to bring 144 Tamarack Camps alumni together, virtually! 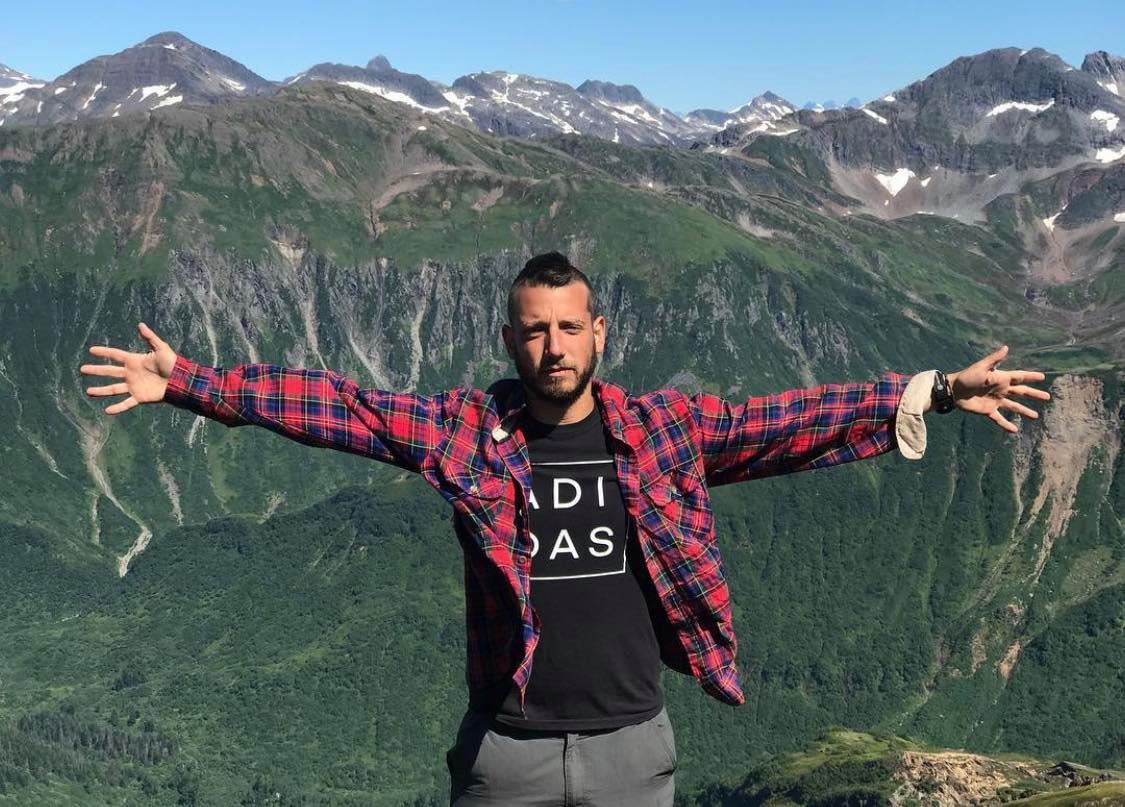 What lessons did you learn from camp?

1) The best moments in life are sometimes those that are unscheduled, unstructured, and unexpected.

3) Always be prepared to run back to the village after general swim if you want a warm shower.

What are you up to now personally and/or professionally?

I joined Teach For America after college and was sent to Tulsa, Oklahoma (had to look it up on a map when I found out my placement) to teach high school English for 2 years. I loved it so much that I stayed in Tulsa a few extra years and taught the same students 4 years in a row. I then moved back to Detroit and taught English for 2 years in the city: one year at Henry Ford High School and one year at Mumford High School. Now, I work at the District level as a Literacy Training and Support Coordinator, where I am responsible for coaching and supporting all of the high school English teachers throughout the city of Detroit. Next year, I hope to either stay in my current position, or transition back into a school to serve as an Assistant Principal. 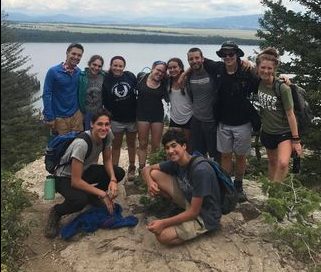 How did camp impact how you live your life today?

1) Even though my last year as a camper was in 2003, I worked at camp off and on for many summers. I even supervised a Western trip in 2017 and an Alaska trip in 2018. So camp literally impacted my life today because I very much am still working there. I vowed that my last summer was 2018, but you never know :).

2) Being a counselor at camp and on travel trips solidified my love for working with children, which is a big part of the reason why I decided to become a teacher.

3) If it wasn’t for camp, I wouldn’t have a love for the outdoors. During every major break from work I take a solo hiking trip to a new part of the country. On these trips, I could shower every day, but I choose to not shower at all. There is something liberating about being in an unfamiliar part of the country and just enjoying the beauty of nature.

Why is Tamarack Camps “The Greatest Place On Earth?”

I distinctly remember the moment at camp when I gained self confidence. I was 16 years old on a TSS backcountry in Algonquin Park and I had to portage a canoe (carry it over my head) for 2 miles. I didn’t believe in the slightest bit that I would be able to carry it the whole way. I was a very short kid with essentially no muscle mass. I was ready to drop the canoe halfway through and give up, but my friends kept encouraging me to finish strong and not give up. They instilled this sense of inner strength within me that enabled me to not only portage the canoe for the whole 2 miles, but also to go back and help other campers who were struggling. From that day on, I truly believed that the only thing standing in the way between me and success was my own fixed mindset and personal insecurities. 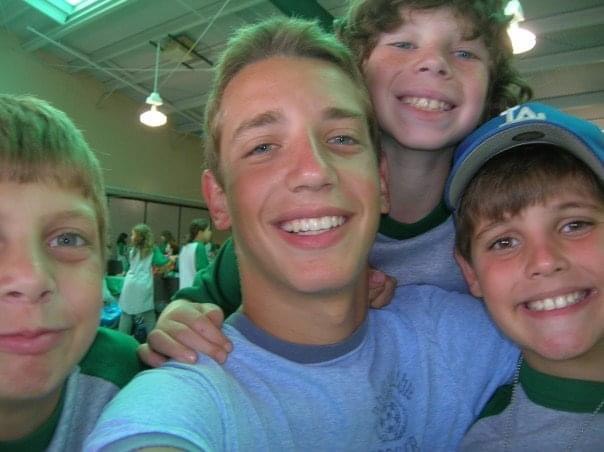 What inspired you to create the Tamarack Alumni Euchre tournament?

Quarantine has been tough on people for many different reasons, but one universal reason is this feeling of isolation and loneliness (even for those that are in quarantine with other people). I was feeling down and depressed, and so I knew the only way to kick this feeling was to do something related to camp. I then thought about how Euchre is a card game that most Tamarackers know how to play, and it passes the time easily. One thing led to another and I decided to make a tournament for the greater community.

How did you make it happen?

I made a Facebook group and spent hours going through my friend list and invited everyone I knew from Tamarack. I kept the group open and encouraged people to invite anyone that I may have missed. From there, word spread very quickly and we ended up getting over 140 people to play. What I didn’t anticipate was how people would share funny memories and pictures in the Facebook group when they announced their team name. It was hilarious to watch. 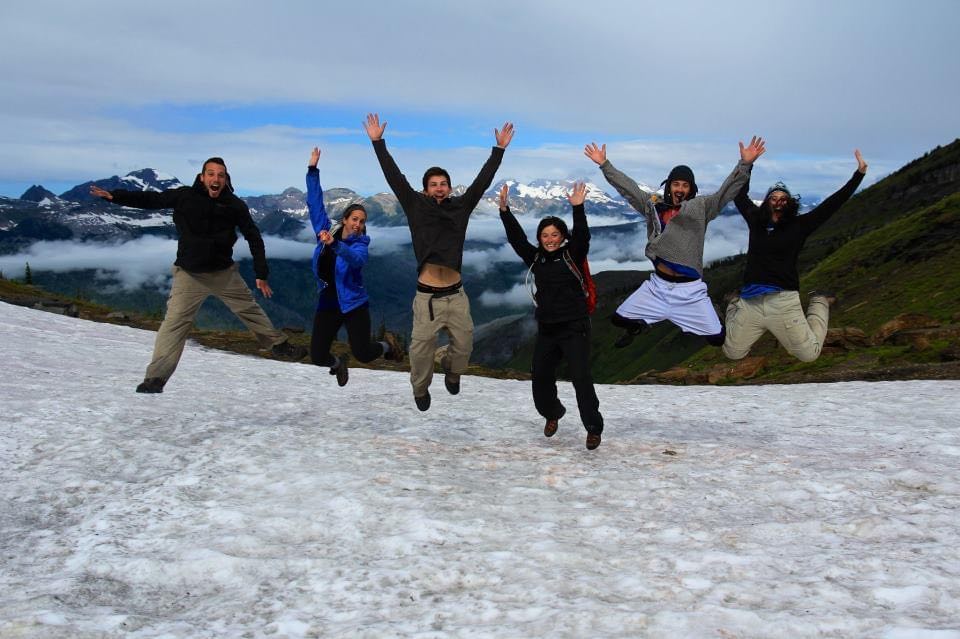 How many people or teams participated?

72 teams, 144 people. We also had a few cheerleaders who didn’t play, but were great encouragers for their friends!

What do the winners of the tournament win?

Every person was encouraged to donate at least $5 to enter the tournament. The winning team received all of the money raised and could pick a charity to donate the money to. The one stipulation was that the charity had to be doing some work to support people through the Covid-19 pandemic. After 2 weeks of fun, but intense Euchre play, we crowned our winning team, which consisted of Sammy Kay and Jake Singer. They decided to donate the money to 2 separate charities. The first charity was the Jewish Family Services of Washtenaw County. During this pandemic, they are delivering food and prepared meals to community members, providing teletherapy, holding ESL classes virtually, providing phone reassurance, and more! The second charity was the Will Rogers Motion Picture Pioneers Foundation, which is providing financial assistance to theater employees furloughed by the COVID-19 crisis. All in all, we raised $710 for these two charities! 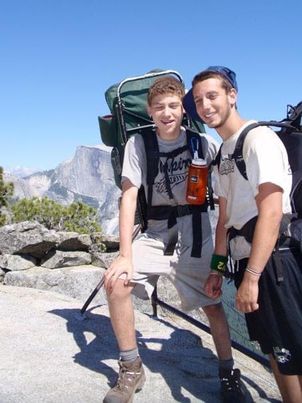 Favorite camp memory: Being selected as color war captain during my first year as a counselor in 2006. While we came in second place, I’ll never forget the experience.

Favorite camp meal: This is sort of cheating, but my favorite camp meal was any tuna or PB and J sandwich that I would make from the sandwich station. Camp doesn’t have this anymore, but I used to be a picky eater and this was normally my go to meal at least once a day 🙂

Favorite trip: All of my travel trips (I was a counselor on 2 trips and a supervisor on 2 trips). It’s a 4 way tie. There is no way for me to pick.

Favorite program/theme day: Loved music lunch on Wednesdays. Or was it Tuesdays. I don’t remember the days blended together.

Dream Tamarack reunion idea: Reunion at main camp for an entire weekend. Every couple of hours a new year is announced, and you have to go to the village you were in during that year.

Interested in being featured in an upcoming alumni spotlight? Fill out this form and stay tuned for the next spotlight!