Tamarack Camps has tens of thousands of living alumni scattered all over the world. Today, Alec Shapiro shares about his time at Tamarack Camps and how it continues to impact his life. Alec is part of a multi-generational Tamarack family! 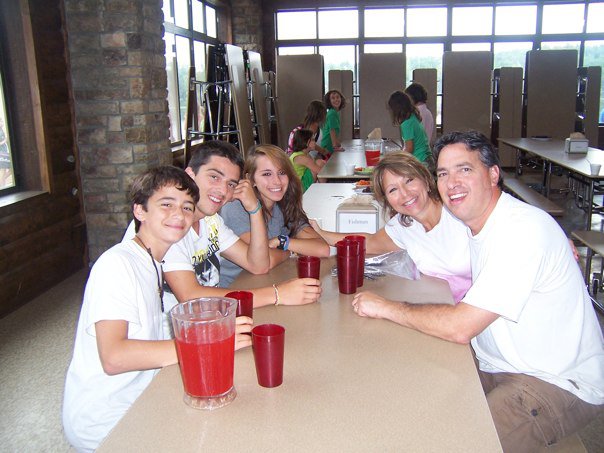 When did you attend Tamarack Camps? What villages or programs were you part of? I was a camper from 2002 to 2013 and a staff from 2014 to 2018. As a staff, I was a counselor in DeRoy, Levison, and Pioneer, then was Supervisor of Hermelin, and concluded as an Alaska staff.

What lessons did you learn from camp? Being a camper taught me to be responsible for myself, and being a staff member taught me to be responsible for the group. When I was young, wandering the dirt roads of Tamarack with my bunk and counselors, I learned to worry about keeping track of my water bottle, my backpack, my towel, my sunscreen. As I got older, I started making sure my own campers were hydrated, sunscreened, and weren’t forgetting their belongings. I also learned to be myself, and to never let the fear of judgement stop me.  This was a priceless lesson that I’m grateful for every day. It’s helped me make many of the connections I’ve made in my life. 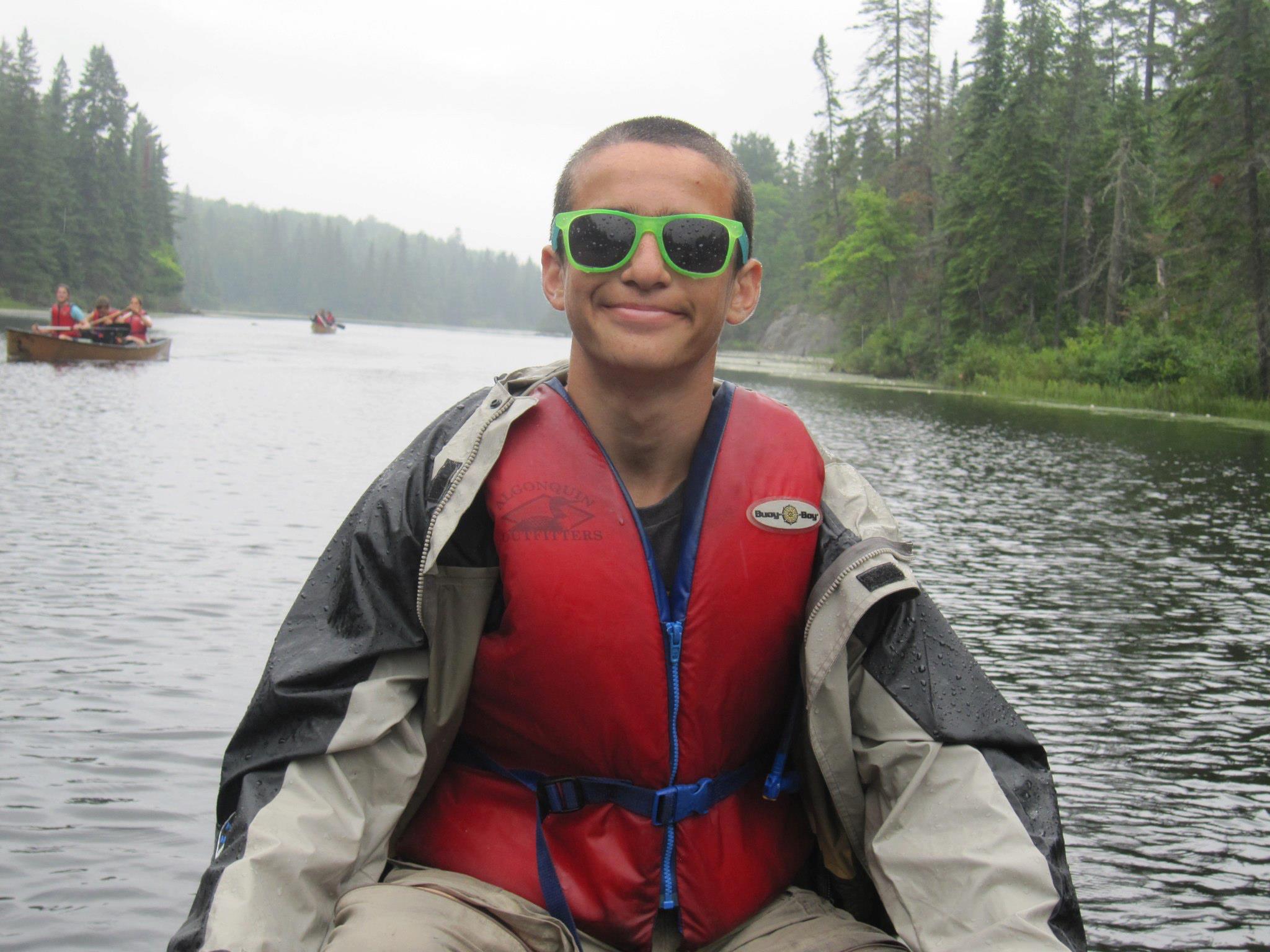 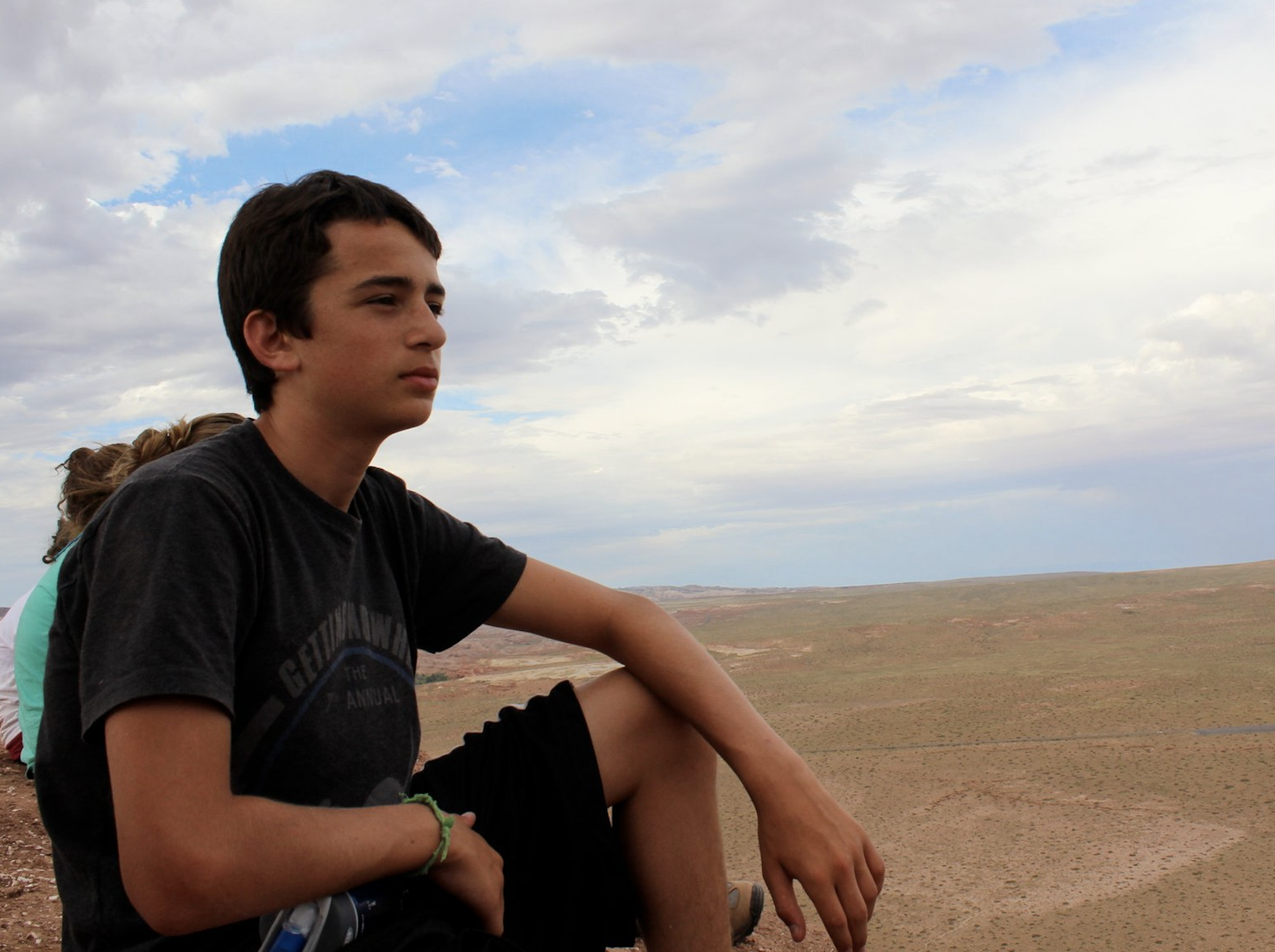 What are you up to now personally and/or professionally? I am a first year law student at Wayne State University in Detroit. In my spare time, I am a resident of Moishe House Royal Oak, where I help plan and put on events for the Jewish public. I also enjoy playing piano and Magic: The Gathering. I have a kitty named Bilbo who is 7 months old.

How did camp impact how you live your life today? Camp taught me just how much can be accomplished in a day. I truly don’t feel I lived a full day of life until my first summer at Tamarack, where sunup to sundown was just endless fun. I took from camp a desire to live life to the fullest and a drive to never let a day go to waste. Seriously, how often do we as adults get up in the morning and think about our upcoming day that way?

Why is Tamarack Camps “The Greatest Place on Earth?” Tamarack is “The Greatest Place on Earth” because it fosters each camper’s journey to becoming the best version of themselves possible. Everyone’s best traits–kindness, humor, energy, whatever– all of that comes out at camp and develops. Tamarack also provides a sanctuary for its campers to work on their weaknesses, since the support around them in a camp environment is tremendous.

Was there a staff member that made a lasting impact on you and why? When I was an Applebaum camper, I used to have trouble sleeping at night, since other kids liked to stay up and talk when the counselors left the cabin or went into their area. My counselor, Adam Luger, pretended to sleep above my bed every night until I fell asleep so that I wouldn’t have such a hard time at night. I’ll never forget that. Though I don’t know him well, whenever I was faced with a difficult or frustrating situation as a staff, I tried to think of what Adam would do. 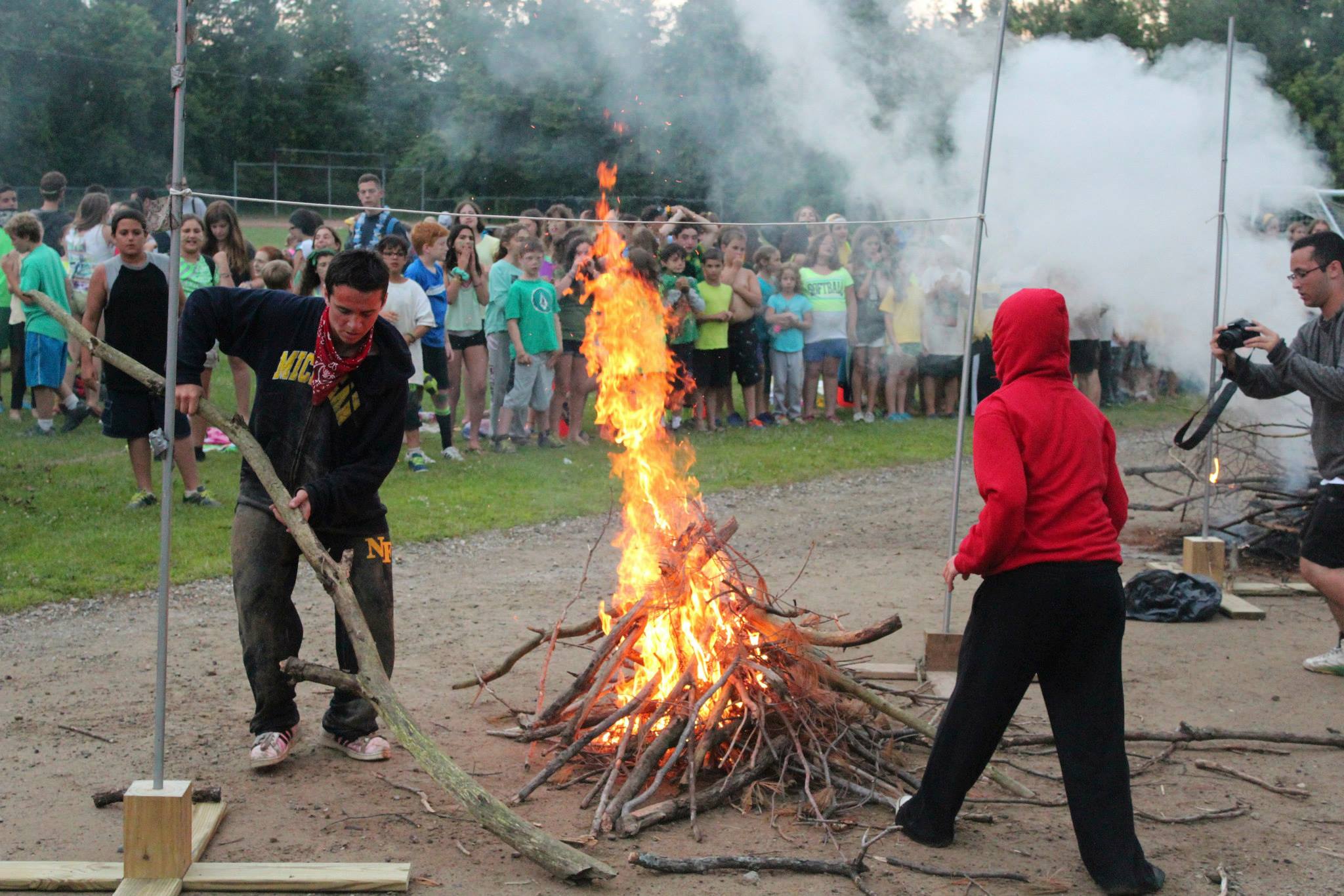 Favorite camp memory: There are a bunch of moments I reach for, trying to answer this question. Breathtaking hikes and viewpoints come to mind, from Mesick Michigan, to the coast of Alaska. I think of horseback riding early in the mornings, of midnight water skiing on Lake Radin, of climbing the most difficult part of the Tango Tower, to watching my rope burn as a Color War Captain. I guess my favorite memory is getting off the green bus for that first time, as a little Applebaum camper, since I now know, in that moment, just how much Tamarack had in store for me. 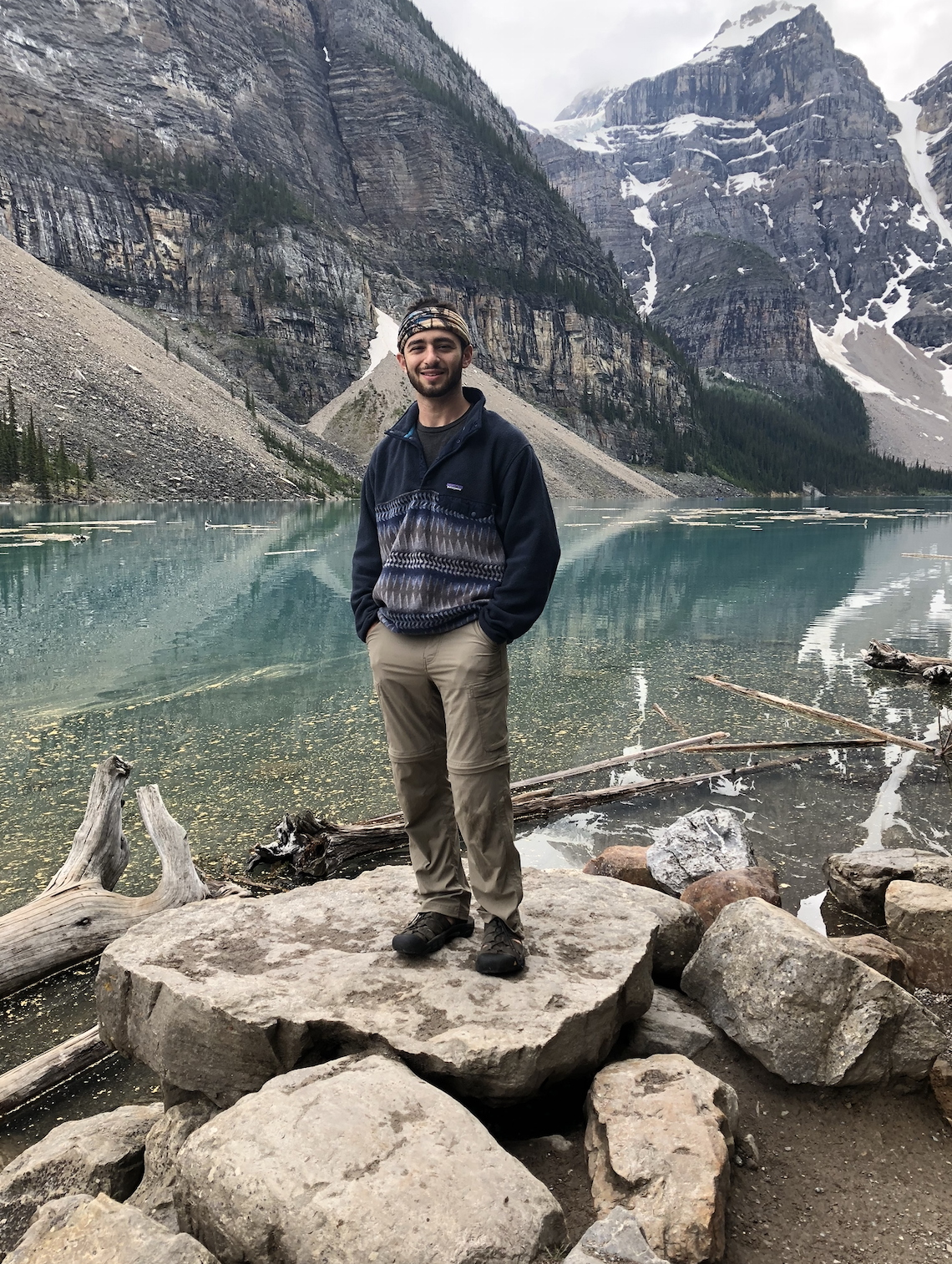 Interested in being featured in an upcoming alumni spotlight? Fill out this form and stay tuned for the next spotlight in two weeks! 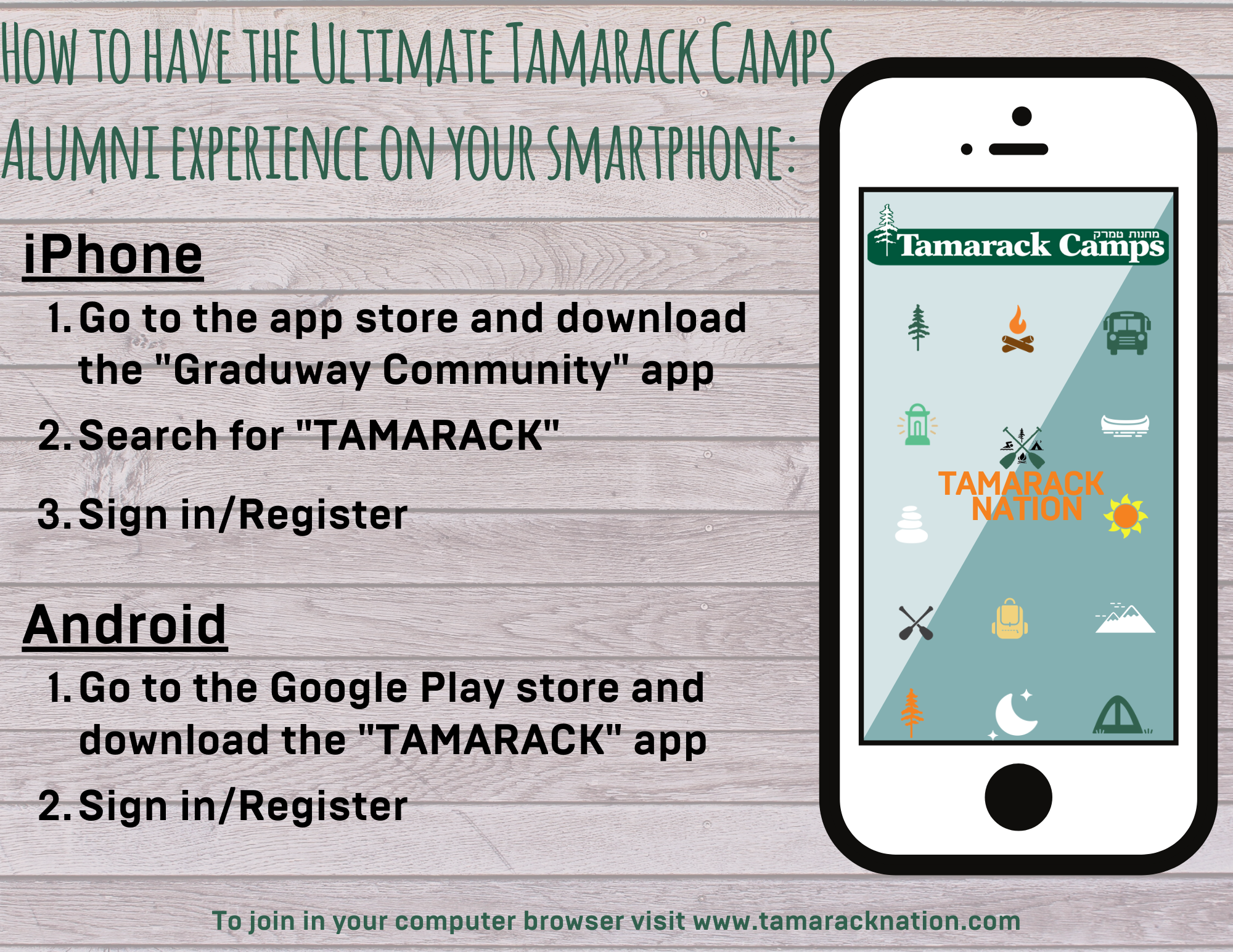