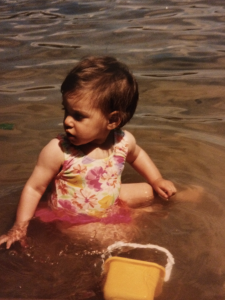 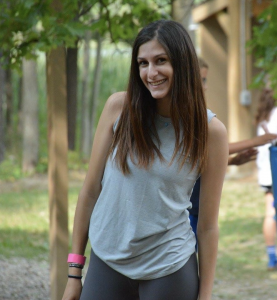 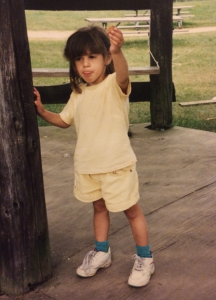 When did you attend Tamarack Camps? What villages or programs were you part of? I attended Tamarack Camps starting in 1994 when I was 9 months old as a staff kid. I actually took my first steps at the Old Amp! I was a camper from 2000-2009, starting in my first year of Shiffman all the way through Western and TSS. I was a staff in 2010-2012 and a supervisor 2013-2019. I basically don’t know what it’s like to spend a summer outside of camp!

What lessons did you learn from camp? I learned everything important about life from camp. I learned how to be a leader and how to be the person I really want to be and to not shy away from a challenge. Camp tests you in ways you would never expect, especially as a staff, but you always come out on the other side and better for it.  Tamarack Camps taught me how to handle anything life throws at me and to be grateful for it.

What are you up to now personally and/or professionally? I recently accepted a job at Emma Kaufmann Camp in Pittsburgh as their Director of Staffing. I’m so excited to officially be a full time camp professional.

How did camp impact how you live your life today? In every way possible camp has impacted my life today. I fully believe I am who I am because of camp. I learned my most valuable life skills at camp because you are in a bubble but at the same time you are experiencing real life which challenges you to do your best.  I know this sounds cliche, but I fully believe I am working in the Jewish world because of my love for camp.

Why is Tamarack Camps “The Greatest Place on Earth?” Tamarack Camps is the place that holds my happiest memories. My closest friends were made and most important moments all happened there and no matter how long it is between visits it still gives me that same feeling of being at home.

Was there a staff member that made a lasting impact on you and why? One of the most important bonds I’ve made at camp has been working with Carly Weinstock. Although I wasn’t her camper I’ve gotten to work with her for the past several summers. Working with Carly has inspired me and given me the tools to become the camp professional I want to be.

Favorite camp memory: It’s pretty much impossible to choose one favorite camp memory but there’s nothing better than seeing all of camp together at Havdalah. It’s one of the most special moments and as a supervisor there’s no greater feeling than getting to hold a candle in front of camp and know you’re helping create camp memories for everyone else.

Favorite program/theme day: U of M vs MSU in Specialty

Interested in being featured in an upcoming alumni spotlight? Fill out this form and stay tuned for the next spotlight in two weeks! Register for Tamarack Nation to start networking with fellow alumni today!