Joel Kirsch began at Tamarack Camps in 1991 as a Senior Side camper at Brighton. The next step in his Tamarack journey took him through the Maas villages from DeRoy, all the way to Pioneer. His camper years culminated with the Western and Alaska trips. Joel was then a TSS, a counselor in DeRoy and Pioneer, and finally staff on Western then Alaska. His last year spending a summer with camp was 2002.

“When I think of Tamarack Camps, I think of a community,” shared Joel. He believes that anyone who went to camp had a shared experience with everyone that spent the summer together. “My community when I was at camp still holds a special place in my heart both as a camper and counselor.

Joel continues to serve as an active member of the Tamarack Camps community far surpassing his summers at camp. He joined as a committee member 3 years ago and eventually was asked to chair Tamarack’s alumni committee.

“Camp was such a formative part of my life. My friends and memories from camp are some of the best of my life. I frequently run into friends from my time at camp. We have so much fun recalling stories we’ve shared and I wanted to create that same opportunity for others to reconnect with camp and build on their memories from years ago.”

Joel believes it’s important for alumni to stay engaged with camp because it allows them to see how the facilities and programming have really grown over the years, while the amazing traditions from our years at camp are still intact.

Joel has gratiously made it possible for our brand new alumni networking platform, Tamarack Nation, to become a reality. Tamarack Nation was developed to help alumni reconnect with camp. Joel explains, “There are tens of thousands living alumni from Tamarack Camps and there was no organized way for people to connect. This platform allows us to identify who went to camp, what years they were at camp, and what programs and specialties they were involved with.” This new network will help former campers and staff reconnect to plan reunions and other gatherings at camp, or around the globe. Tamarack Nation also allows alumni members to network with one another for work and other social opportunities.

Joel’s hope for Tamarack Nation is that it provides amazing opportunities for all alumni of Tamarack Camps. “Ultimately, I’d love to use the Tamarack Nation platform to start an Alumni Association and offer unique Tamarack experiences both locally and internationally. I’d also love to create adult travel trips similar in style to the Western and Alaska trips, but short enough to meet the needs of our busy lives.”

“It would be great to have an annual alumni overnight at camp to give former campers and staff an opportunity to reconnect with camp. I’d also love to connect our camp community through organized reunions and alumni get-togethers across globe.”

Join Joel and so many others on Tamarack Nation today! 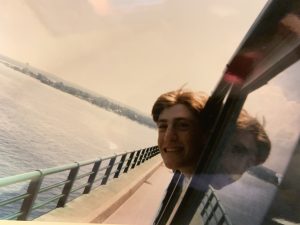 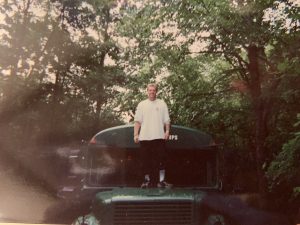 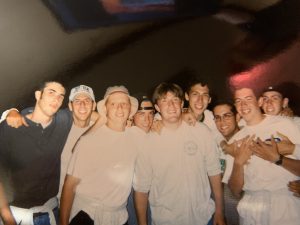 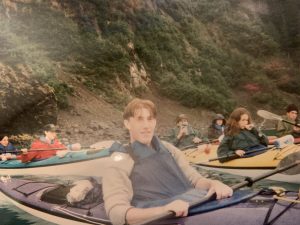