Who we are:  Founded in 2008, the Aggressive Deer Adventure Club is a group of proud Tamarack Alumni from the 70’s, 80’s and 90’s, who lead normal (read: boring) lives as doctors, lawyers, business owners, and influencers (not really).  Every few years, using the camping skills we learned at Tamarack, we take backcountry hiking trips to some of the most beautiful destinations in North America: Yosemite (Half Dome!), Kings Canyon (Rae Lakes), Mt. Assiniboine Provincial Park (The Nub), Mt. Robson Provincial Park (Berg Lake) and Maroon Bells-Snowmass Wilderness (4 Pass Loop). 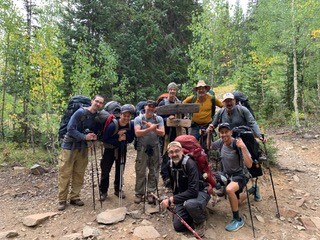 Why Aggressive Deer? We are named after a harrowing encounter with a precocious deer (think Bambi, but smaller), who menacingly walked through our campsite and wouldn’t leave, until a few brave souls stepped up to defend our group. 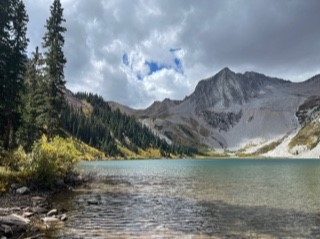 Our leaders:  The Club is led by two former Board Presidents (Joe Lash and Darren Findling), who bicker for months before each trip about the destination, and then blame each other when something goes wrong. 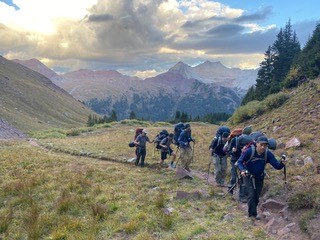 Our members:  Our members are former Tamarack campers, counselors, supervisors, Western and Alaskan trip staff, Fresh Air Society Board Members, and parents of Tamarack campers.  Tamarack alumni and supporters include Mitch Rosenwasser, Robert Blacher, Joel Smith, Dr. Joel Topf, Dr. Noah Siegel, Dr. Jefferey Michaelson, Daniel Findling, Dr. Jeffrey Zonder, Marc Nakisher, Dan Tucker, Matt Egrin, Darren Findling, and Joe Lash.  Many of us have been camping together, starting at camp, for over 30 years.  Now, we use valuable vacation time to sleep on the ground, often at high elevations, in frigid temperatures, at ages, and in declining physical condition that are better suited for the golf course.  And we wouldn’t have it any other way… 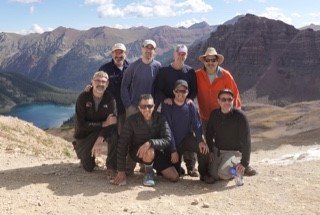 What we just did:  In September, we completed a four-day, 26.5 mile backcountry hiking trek near Aspen, Colorado (the iconic Four Pass Loop), where we traversed four 12,500 foot passes with full packs.  It was one of the most challenging trips that many of us have ever taken.  And Bobby now needs a new pair of hiking boots! 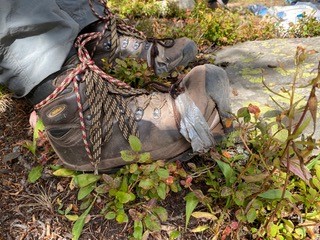 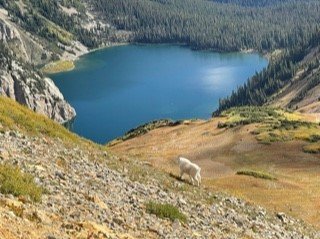 Why Tamarack is important to us:  Tamarack Camps and the challenging outdoor experiences we enjoyed as campers and staff fostered our love for nature and adventure.  We learned valuable leadership and problem-solving skills as young adults that we still use today in our jobs and as parents.  Like many others in the community, we made some of our closest friends in the world during our summers, while proudly celebrating being Jewish in a fun and joyful way.  Quite simply, Tamarack made us who we are today. 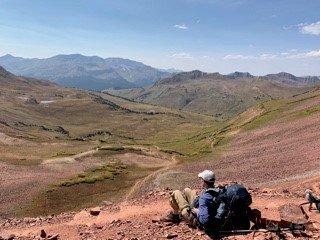 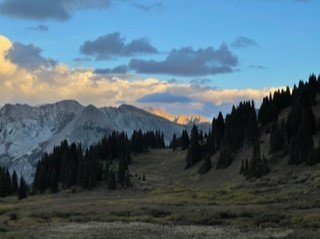